The war in negative

When the Iraq War began, I was sitting in a small steakhouse in rural Central California and as the television screens lit up with grainy, phosphorescent splashes of color, the people around me began clapping. We all knew it was coming; the build up to the war had been years in the making. But I was the one stunned into silence, amazed by the satisfaction and appreciation on the faces of the people around me. 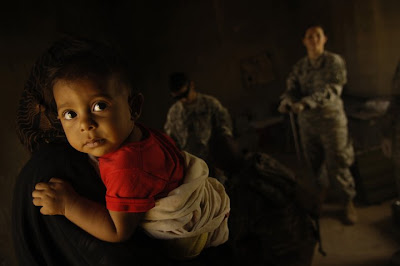 The next day, the Department of Defense released its first press photo (stock photos shot by the DoD for media outlets) of the war — an image of Donald Rumsfeld in a press conference. Since then, the agency’s collection of media photos has grown into the hundreds. They’re fairly uniform: Soldiers run to helicopters that are blowing up walls of dust. Soldiers with guns search homes. They stand in streets having pleasant conversations with Iraqis and they peer around brick walls with their guns at the ready. There are never any dead bodies; the smiling Iraq children are always hugging smiling soldiers — the photos are propaganda at its most transparent and banal.

And the photos are, at times, beautiful. They were shot by people with an aesthetic eye for the moment, an eye for the dramatic and powerful. The truly artistic photos are rare — only a few each year. And they’re limited in their scope: dramatic composition and lighting is the best most photographers can pull off. But the images are striking and memorable all the same. Flipping through the last four years, I find myself pulled into the DoD’s narrative of the war. 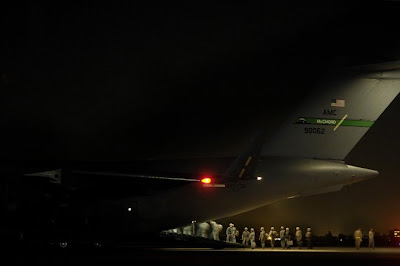 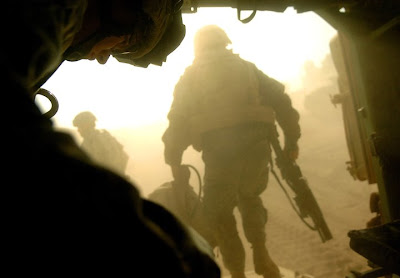 When I write that sentence I hear the echo of four-year-old applause in my words. I know the steak house diners were clapping for something different. Me appreciating a propaganda photo from the DoD is not the same as their Pavlovian response to foreigners dying along the axis of some fabricated argument for war. But it’s disingenuous to pretend the photos are independent from the government that created them. It’s like my relationship with the US Army, which I despise for its role in the war, and the individual soldier, whom I respect for her service. Each one is an intrinsic part of the other, just like a photo and the events it depicts.

To like the photos does not mean I have to be an apologist of the war. But to like them brings me into a closer relationship with the powers that created this war than I would ever want. And so I try and balance on that line. I see the art. I hear my own clapping. And I remain coldly aware of what birthed these beautiful images. 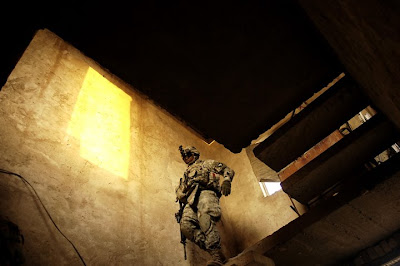 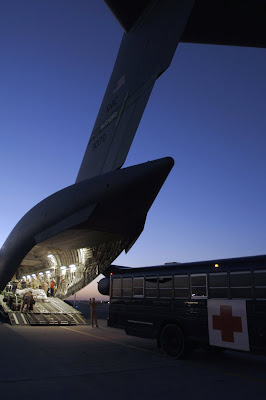